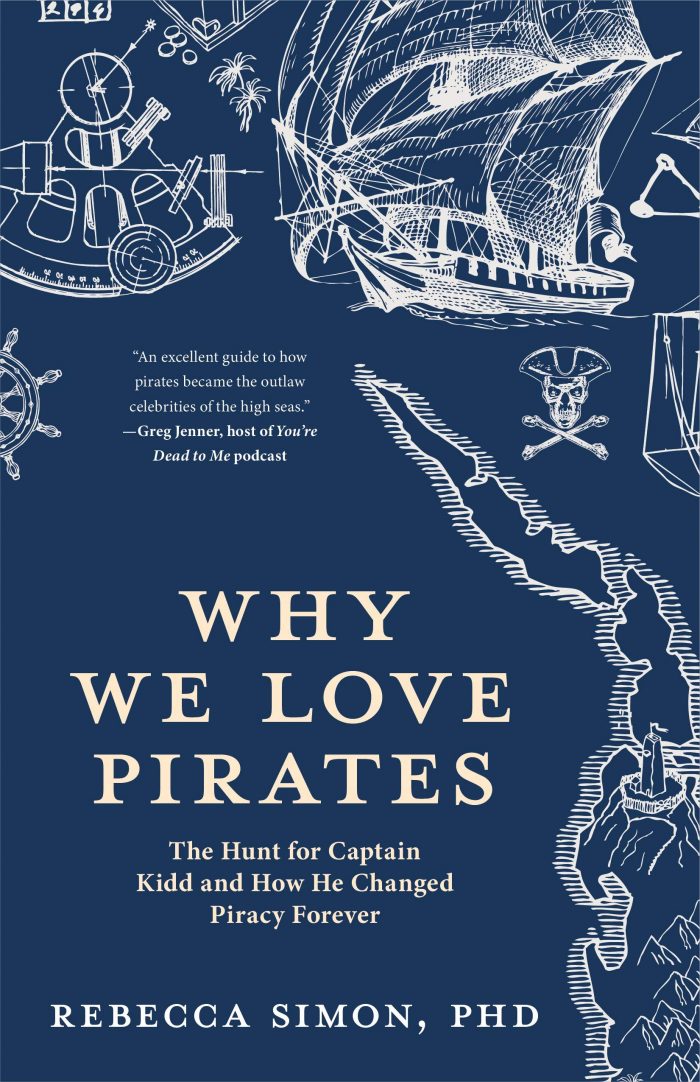 Why We Love Pirates: The Hunt for Captain Kidd and How He Changed Piracy Forever

For Fans of True-Life Pirate Stories

“Only someone who has lived in the shadows chasing faded pirates for an age, and is blessed with creativity, can pull off a book of this high caliber.” ―Wreck Watch Magazine

Crime and punishment. During his life and after his death, Captain William Kidd’s name was well known in England and the American colonies. He was infamous for the crime for which he was hanged, piracy. Rebecca Simon dives into the details of the two-year manhunt for Captain Kidd. Captain Kidd was hanged in 1701, followed by a massive British-led hunt for all pirates during a period known as the Golden Age of Piracy. Ironically, public executions only increased the popularity of pirates. And, because the American colonies relied on pirates for smuggled goods such as spices, wines, and silks; pirates tended to be protected from capture.

All things pirates. The more pirates were hunted and executed, the more people became supportive of the “Robin Hoods of the Sea”―both because they saw the British’s treatment of them as an injustice and because they treasured the goods pirates brought to them. These historical events were pivotal in creating the portrayal of pirates as we know them today. They grew into romantic antiheroes―which ultimately led to characters like the mischievous but lovable Captain Jack Sparrow.

If you enjoyed books like Black Flags Blue Waters, Under the Black Flag, The Republic of Pirates, or Villains of All Nations, you’ll love Why We Love Pirates.

10 reviews for Why We Love Pirates: The Hunt for Captain Kidd and How He Changed Piracy Forever