In June 2022, my new book, Pirate Queens: The Lives of Anne Bonny & Mary Read will be published in the United States – during Pride Month. My new book is the first full-length biography of these women in which I construct the mysteries about their early lives before piracy, lives as pirates, and I address various theories, rumors, and legends about them. One of the most famous theories is that the women were lovers. We will never know if this is true or not, but honor of my upcoming publication, here is a little article I wrote several years ago about this possibility.

First, a caveat. There has been debate about whether same-sex relations occurred on pirate ships. This is in part due to the fact that homosexual acts were against the law during the seventeenth and eighteenth century (not to mention up to today in many parts of the world) and because there is little to no written evidence about LGBT pirate relationships. Theories exist amongst historians about situational homosexuality, in which same-sex ships pushed sailors to develop relationships with each other due to the closeness of their work relationships and being away from women for long periods of time.

Anne Bonny and Mary Read are two of the most famous pirates to ever come out of the Golden Age of Piracy. The first reason is obvious: they were women. And not just that; they were known to be just as violent, if not more, than their male counterpoints and cursed and swore better than the rest of them. Before they got captured by Captain Barnet in 1720, the two of them fought against his forces without the aid of any of their fellow crewman because they were too hungover and frightened to fight. Their bravery and unconventional behavior shocked and fascinated the Atlantic World.

Anne Bonny never hid her sex on board the ship, but Mary Read had cultivated an entire male identity. Before she became a pirate, she was a soldier in the British Army disguised as a man named Mark Read. She kept her male identity until she boarded Jack Rackham’s ship as a pirate. Her skills impressed Anne so much that Anne followed “Mark” into a supply room and tried to seduce him. Mark then revealed that he was actually a woman named Mary. Anne kept Mary’s secret and a deep friendship began.

This bond became a source of wonder. Anne and Mary became so close that many people on board began to speculate about their relationship with each other. This was further complicated by the fact that Anne was married to Captain Jack Rackham. Jack Rackham became so suspicious of the two of them that one night he woke up Mary by pressing a knife to her throat threatening to kill her for seducing his wife. Naturally, he was dumbfounded when he found out Mary’s true gender. This quelled his suspicions because how could two women made him a cuckhold? In fact, he saw the crude advantages of the situation. He coerced Mary to join his and Anne’s relationship, thus making them a threesome.

Captain Charles Johnson, A General History of the Pirates. 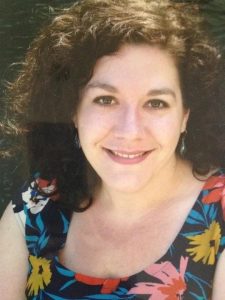 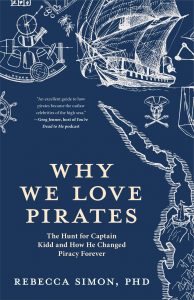